Bandung, capital of Indonesia’s West Java province, is a large city set amid volcanoes and tea plantations. The city has cooler temperatures year-round than most other Indonesian cities. The city lies on a river basin surrounded by volcanic mountains. Bandung is also a shopping destination, with fashion outlets clustered along Jalan Setiabudi and Jalan Riau in the Dago district.

Universitas Pendidikan Indonesia was established in October 20, 1954 as Teachers Education College (PTPG) inaugurated by Minister of Education and Teaching Mr. Muhammad Yamin. It is located in Bandung, Indonesia. The university was established with the historical background of the growth of the nation, who realize that the effort to educate and educate the nation an important part in the independence. Some reasons for the establishment of PTPG among others: First, after Indonesia achieved its independence, the Indonesian nation is highly need of education. Second, the need for qualified teachers prepared and university level to improve the quality of education that will blaze the realization of a prosperous society.

The main building of UPI originated from a villa named Villa Isola. Villa Isola is building the legacy of the period before World War II. (At the time of the struggle against the invaders, the building was once used as the headquarters of the freedom fighters). The building was rebuilt and later transformed into a building named Bumi Siliwangi magnificent with the original architectural style.

Faculty of Mathematics and Science Education

Faculty of Mathematics and Science Education (FPMIPA) of the Indonesia University of Education (Universitas Pendidikan Indonesia) is located in Bandung, West Java . The faculty has mission to prepare mathematics and science teachers and scientists to compete globally. Cross fertilization, resources sharing, and educational values are the main principles for the development of educational programs. The faculty has 11 study programs, 212 faculty members, and 3753 students.

Selected articles will be published by

which is indexed in

This seminar has been indexed by 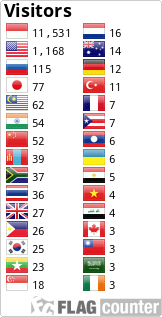